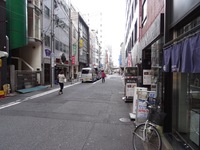 The site of his Edo residence is commemorated in the place formerly known as Anjin-chō. If you'd like to see it, there is a stone tablet which was set up in 1951. It claims this was the site of his home. 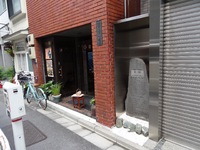 The Liefde (Charity or Love)

was the first Dutch ships arriving in Japan. It left Rotterdam in 27 June 1598 together with four other ships for a circumnavigation of the world, commanded by Jacques Mahu and Simon de Cordes. None of the ships reached this goal. One ship 'T Gheloove had turned back before entering the Straits of Magellan, the Blijde Bootschap and Trouwe went lost in fights with the Spaniards and Portuguese respectively and Hoope to storm. De Liefdestranded in Japen near Bungo on the island of Kyushu on 19th April 1600. Of the originally 110 man crew only 24 had survived the journey, among them.

On 25th November 2020, a memorial sculpture commemorating the 400th anniversary of the death of William Adams was unveiled at the British Embassy in Tokyo

William Adams, who became an important advisor of shōgun Tokugawa Ieyasu. He was named Anjin-san (meneer de zeeloods). The neighbourhood Anjinchō in Tokyo is named after him.